I’m long on the yellow guys.

About six months ago I noticed the sudden appearance of fashionable orange and white bikes on street corners and sidewalks all around Beijing.

Then last month a sea of yellow bikes appeared everywhere.

Now this month the blue guys have dumped thousands of two-wheelers on the streets.

Today was a brilliant, smog-free, cool and breezy Sunday in Beijing. Great day to rent a bike.

Barely anyone using the orange guys. Blue guys major losers as not one rider spotted. Yellow guys had customers everywhere. 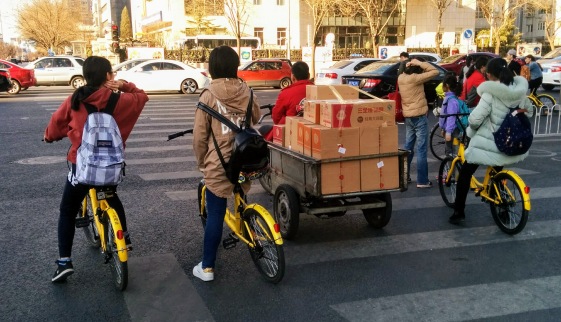 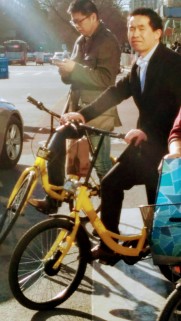 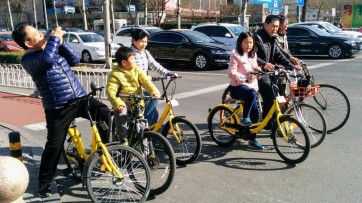 I just read that the yellow guys are shipping 20,000 bikes to Silicon Valley and London. Yellow guys bikes are lighter than the the other guys. Yellow guys have lowest deposit and the only platform that can be used with WeChat.

I’m long on the yellow guys.

P.S. There is some serious cash money behind all this. Just search for “yellow orange blue bikes Beijing” and you can read all about China’s bike sharing revolution.

I publish to three blogs. One (PinkysEye.com) is related to my lifelong interest in photography, video, travel, and telling stories. The second (PinkyBrand.com) addresses my experiences and opinions in the domain name industry, where I’ve spent the better part of the last 26 years at the registry, registrar, and consulting levels. The third (iq.global/blog) shares knowledge and updates from iQ Global AS regarding cybersecurity, business intelligence, DNS abuse, DevOps, and consulting for the domain name and hosting industries. View more posts